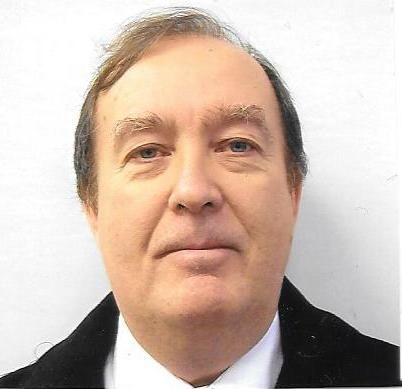 Barry D'Andrea was born and raised in Bridgeport.   He grew up working in the family retail store with his brothers and sisters.  He later graduated from Fairfield University and then later from Springfield College.

His parents were devoutly Catholic and they were involved in many charitable and church activities in the community.   From them, Barry learned spiritual values which have guided him throughout his life.

When Barry was only 11 years old, he read the biography of the Father Damien who was later canonized a saint for his service to lepers on a leper colony in Hawaii.   Barry ran to his mother and father.  He declared to them that he wanted to serve the lepers at the church that Father Damien had built.  His mother laughed at him and she told him that there no longer were any lepers in Hawaii.

Years later the impact of the story of Father Damien was revealed in Barry’s professional and personal life.   Barry discovered that he did not have to go to Hawaii to serve those who were outcast by society.   He could serve the outcast persons right here in Connecticut.   In Barry's 30 year career as a licensed professional counselor he worked in prisons, in juvenile detention centers, in shelters for homeless men, women and children, and in mental health centers in Connecticut and Massachusetts.   He cared for the most vulnerable of those among us and especially those persons with disabilities, with mental health and addictions.   He helped them to apply for housing, to get mental health services, and to get jobs.   Although often he could not resolve the complicated challenges before them, he always strove to affirm their 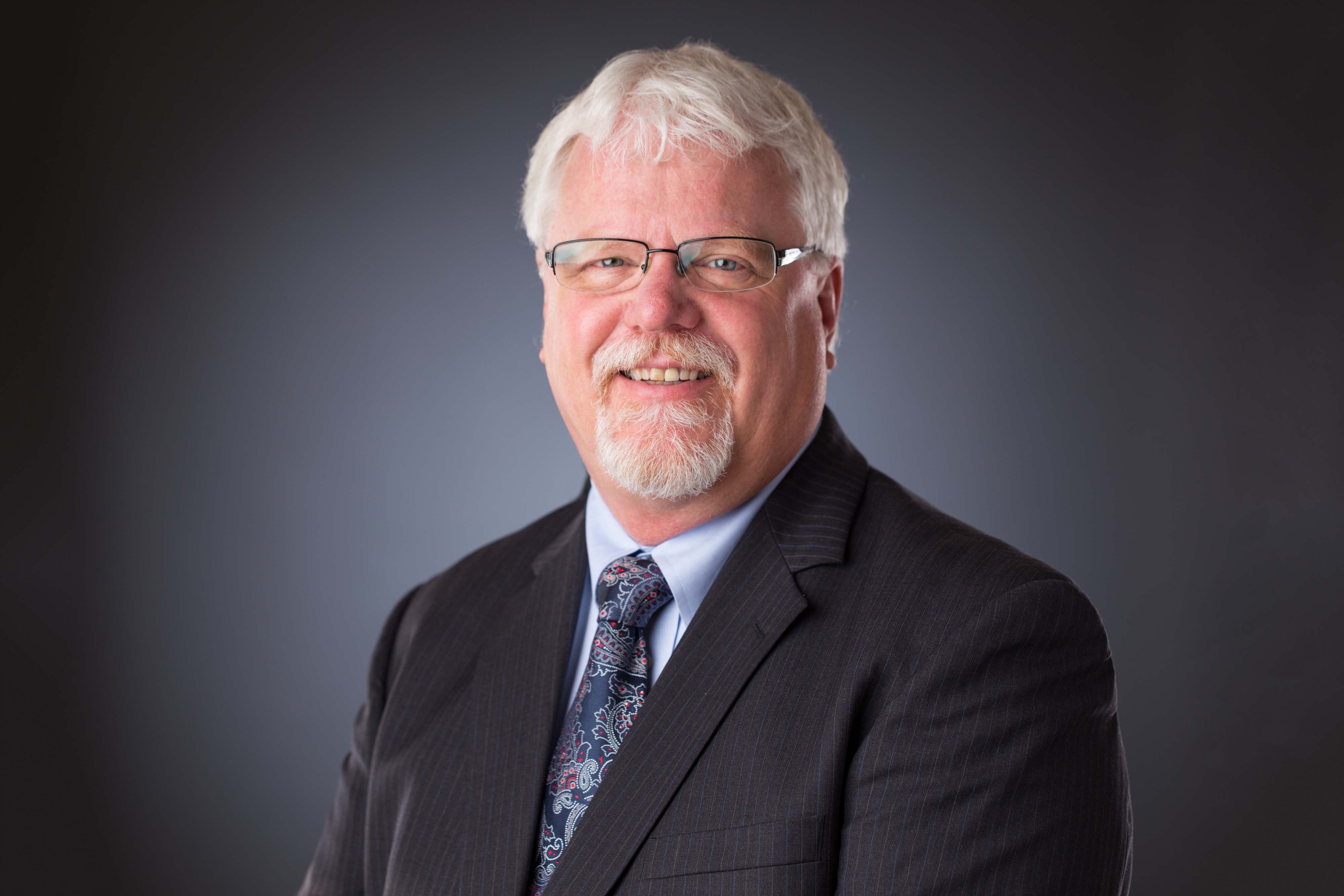 Lou Adams is a Training and Technical Assistance Manager for National Disability Institute. He has over 30 years of experience in vocational rehabilitation including as the Bureau Administrator for the State of Michigan’s Rehabilitation Services. He specializes in organizational learning, improving leadership effectiveness, and implementing sustainable organizational initiatives.

Lou has provided consultation throughout the U.S. He has an M.A. in Counseling and a B.S. in Religion and Anthropology from Central Michigan University.  He serves on the boards of the Michigan Rehabilitation Association Board of Directors, the Clare-Gladwin Regional Education Service District, and the Clare County Board of Canvassers.

Board Member at Large  Candidates 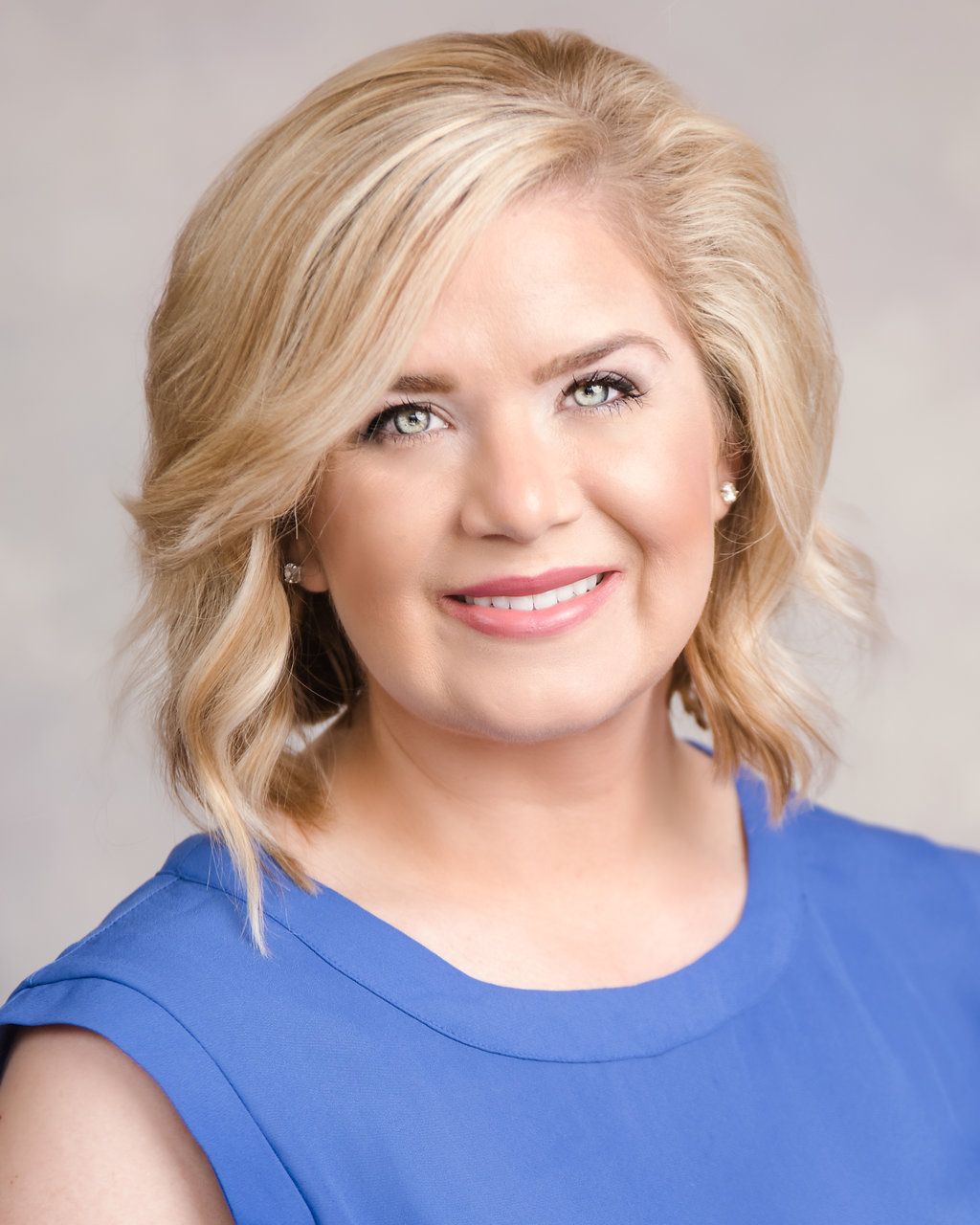 Carrol Warren has an extensive background spanning across 18 years helping adults navigate through their educational and career journeys. Her educational credentials include a  Bachelor of Arts degree in Psychology from Meredith College, a Master of Education degree from the University of Texas at Austin, and a Doctorate of Education in Adult and Community College Education from North Carolina State University.
She is credentialed by the Commission on Rehabilitation Counselor Certification as a Certified Rehabilitation Counselor. Her work experiences include faculty appointments teaching ethics in the workplace and evaluation and program planning and working to advocate for students with disabilities. She has experience as a rehabilitation counselor and inservice trainer. She serves in a consultative capacity as a partner with Higher Path Consulting Group, LLC and with the Social Security Administration.
Dr. Warren's service to the Social Security Administration includes providing testimony as a Vocational Expert Witness and she has served over 80 Administrative Law Judges in over 300 disability hearings.  Strengths from past work experiences include higher education administration and leadership, crisis intervention, and vocational counseling and assessment. 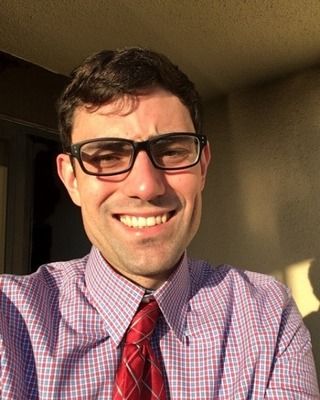 I wish to become a Board Member at Large for the National Rehabilitation Association.  I am an Assistant Professor in the Rehabilitation and Disabilities Studies department at Southern University in Baton Rouge, Louisiana. As a faculty member, I have worked with my colleagues to submit grants and publish research studies, last fall I presented alongside our students at NCRE, and look forward to my career in education. Working at a HBCU I have learned so much from my students and hope to continue to inspire future generations of minority Rehabilitation Counseling Professionals.

In 2018, I graduated with my Doctorate from Southern Illinois University in Carbondale Illinois. Working alongside my adviser and mentor Dr. Thomas Upton, I conducted research projects in mental health stigma and assistive technology. During my time in beautiful Southern Illinois, I worked as an adult outpatient counselor for a community mental health agency. My life will forever be affected by the consumers I worked with. Their stories of challenge, perseverance and resiliency all had a profound impact on me.  As SIU, I worked as an undergraduate internship coordinator for the Rehabilitation Services department. I had the honor of working with over 70 undergraduate students during my tenure.

Why I would like to be considered for the board? I would bring the perspective of being relatively new to the profession, an individual with a disability and someone who is committed to advancing the field of Rehabilitation Counseling.  As a young person with Cerebral palsy I have faced and overcame significant obstacles in my educational and vocational efforts. These experiences shape my perspectives in the areas of accommodation, access and equality.  I’m driven to seek out new information and learn from the experiences of my colleagues and students. I thank you for your time and consideration of my application 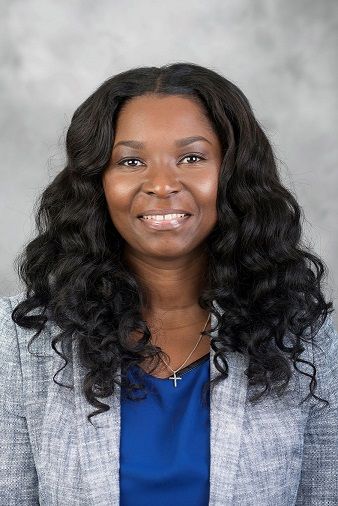 is an Associate Professor of Rehabilitation Counseling at Winston-Salem State University. Dr. Rogers earned her doctorate in Rehabilitation from Southern Illinois University Carbondale. Dr. Rogers is a Certified Rehabilitation Counselor, Licensed Clinical Mental Health Counselor, and Licensed Clinical Addictions Specialist. Her ' professional background includes serving as a clinical director in private behavioral health agencies (mental health and substance abuse) and in private sector rehabilitation counseling in the areas of vocational evaluation and staff training and development. Dr. Rogers has been a member of NRA and its subdivision the National Association of Multicultural Rehabilitation Concerns (NAMRC) throughout the years since she began her graduate studies in Rehabilitation Counseling in 2006 and is currently serving her second elected term as Secretary of the NAMRC. Additionally, Dr. Rogers has presented at several national and international conferences including the NRA, NAMRC, and the International Association of Rehabilitation Professionals. Dr. Rogers has published and presented widely on disability related issues, multicultural rehabilitation counseling, clinical supervision, and co-occurring disorders. She is also the recipient of the 2016 NAMRC Sylvia Walker Education Award. 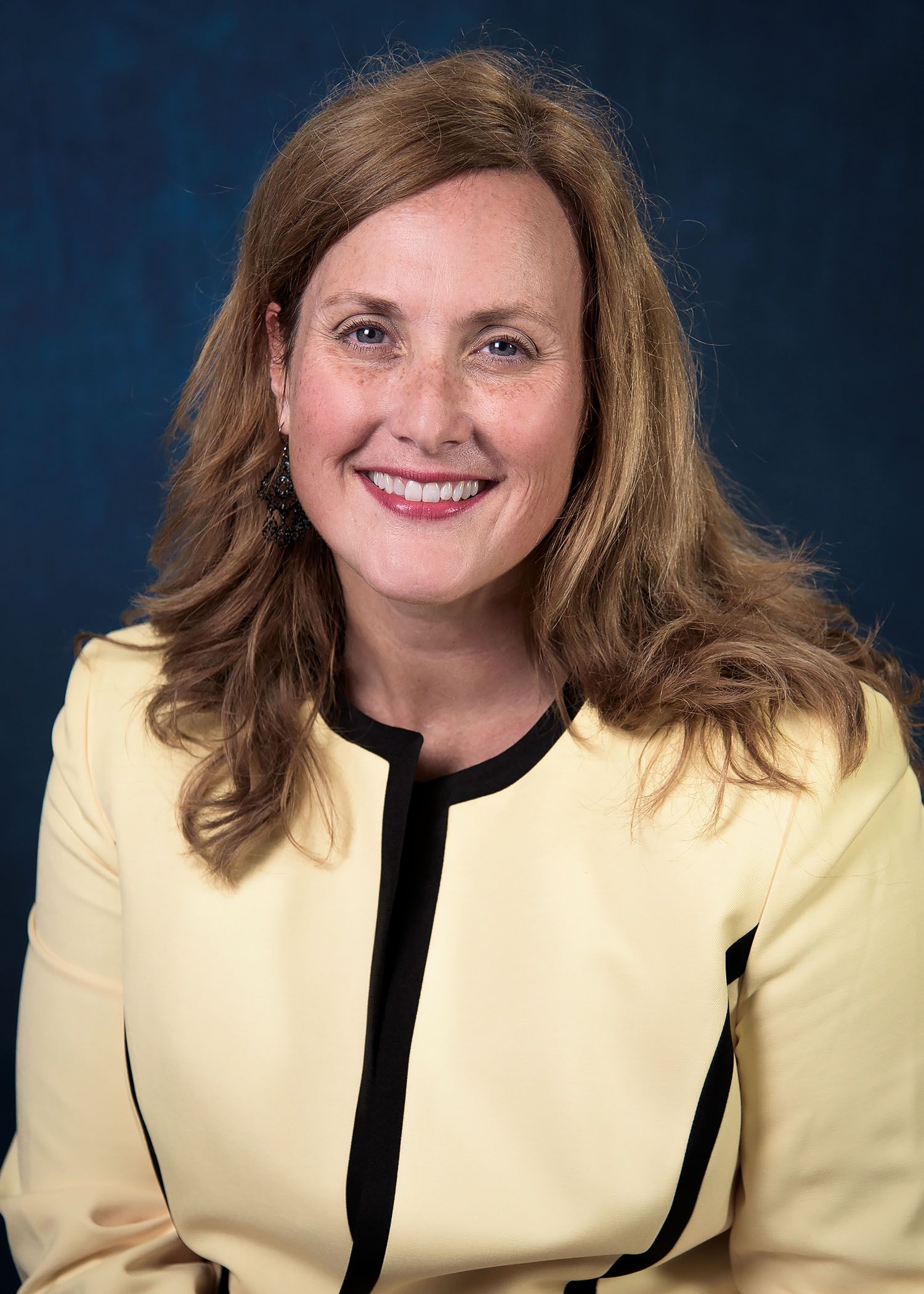 Dr. Lee Ann Rawlins Alderman has served previously in various positions during her tenure in the field of rehabilitation and disability studies. Her academic experience includes work with the former RRCEP/TACE centers, the graduate and undergraduate programs at the University of Tennessee, Knoxville and undergraduate rehabilitation and disability studies program at Auburn University.  Currently, she serves as Assistant Professor in the Rehabilitative Sciences program at East Tennessee State University.  In addition, her professional experiences include work in the field of rehabilitation in the areas of blindness and low vision, general rehabilitation counseling, human resource training/development, and in guest services with the Walt Disney Company.

Dr. Rawlins Alderman has held a variety of leadership positions at the local, state, regional, national, and international levels for professional rehabilitation associations. She has published research in peer-reviewed journals and authored a book on caseload management. Her areas of research interest include, professional practice in rehabilitation, undergraduate education, professional ethics, case/caseload management, psychosocial aspects of disability, and diversity and inclusion. 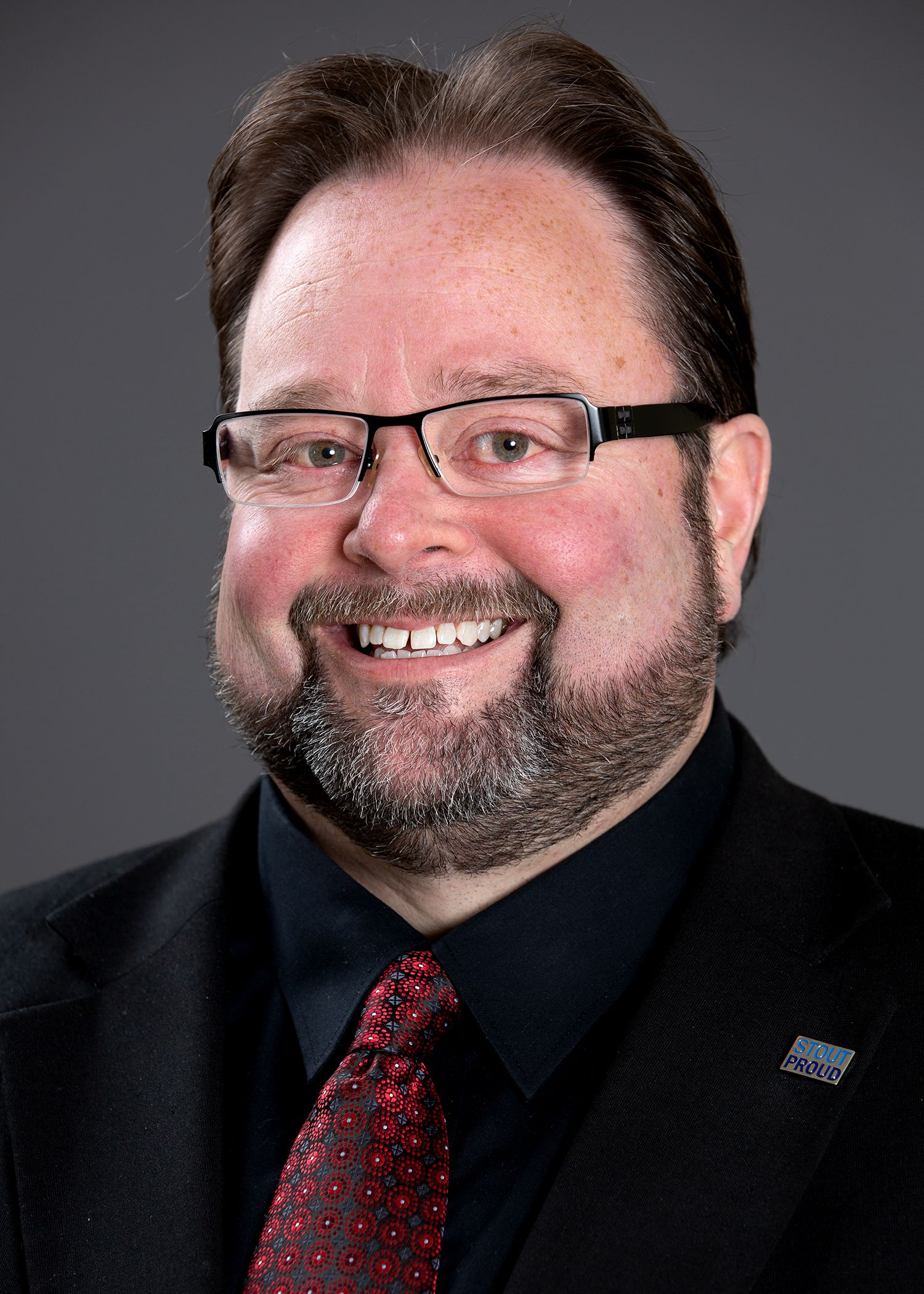 Kyle Walker is a candidate for NRA Board Member at Large because he is passionate about our profession and our professional organization.

Kyle Walker was born in the San Francisco California and grew up on the Navajo Reservation in Northern New Mexico. Kyle graduated from Utah State University with a master’s degree in Rehabilitation Counseling and a bachelor’s degree in Sociology. Kyle is a nationally Certified Rehabilitation Counselor, a Certified Public Manager. Kyle began his VR career at the Utah State Office of Rehabilitation serving in various capacities for over 15 years. In 2015 Kyle was appointed as Director of the Division of Consumer Services at the South Carolina Commission for the Blind. In 2019 Kyle was appointed as the Executive Director of the University of Wisconsin-Stout Vocational Rehabilitation Institute.  Kyle has served in leadership roles in several professional organization’s including as President of the Utah Rehabilitation Association for 3 terms, as President of the Utah RehabACTion Network, and is currently on the boards of the Rehabilitation Counselors and Educators Association and the Great Lakes Region of NRA.  Kyle has received numerous awards during his career including the 2014 Utah Governor’s Award for Excellence in Leadership. Kyle has had the honor of receiving appointments by three Governors, he was appointed to the Licensed Vocational Rehabilitation Board by Utah Governor Gary Herbert, he was appointment by Utah Governor Jon Huntsman to serve on the Governor’s Taskforce to Make Utah State Government a Model Employer for People with Disabilities, and he was appointed by South Carolina Governor Nikki Haley to serve on the South Carolina Advisory Council for Education Students with Disabilities.

Kyle has been married to Linda for over 32 years and has 3 children and 5 grandchildren. Kyle and Linda reside in Eau Claire Wisconsin.

serves as an Assistant Professor in the School of Allied Health Sciences in the Division of Health Science at Florida Agricultural and Mechanical University. The courses she facilitate are in the area of rehabilitation services management which focuses on the challenges and experiences of persons with disabilities in our society. She has extensive training, organization, and commitment that makes her an ideal candidate for a leadership position. Her professional interests are in education and advocacy for persons with disabilities. Her research experience has focused on psychosocial factors related to adaptation to type 2 diabetes. As a practitioner, she coordinates services for persons with intellectual disabilities who live in community settings. The ultimate goal of her leadership is to bridge the gaps in education, treatment, and opportunities for persons with disabilities.